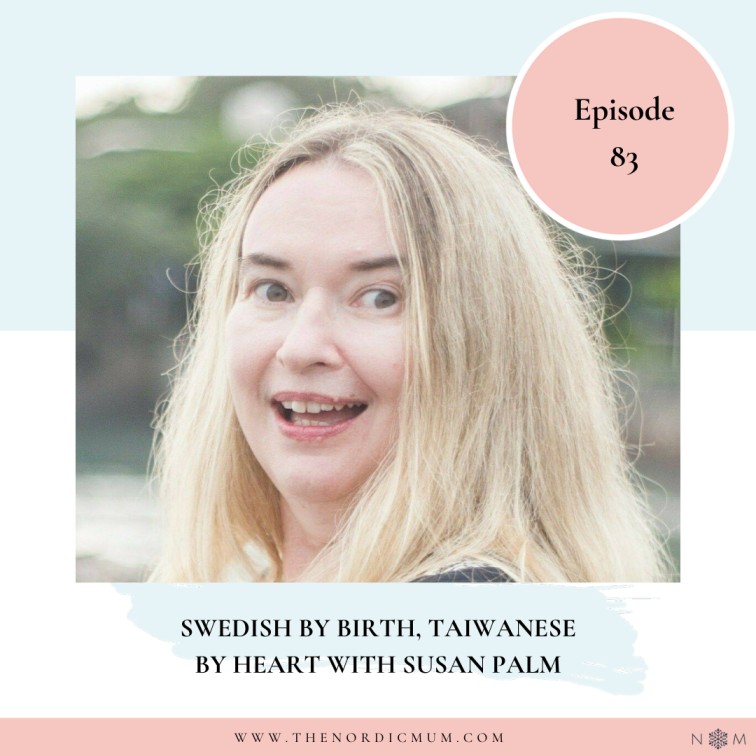 It is always interesting to talk to people who have traveled and lived in many countries. My guest Susan Palm is no exception and she lives in Taiwan and says she is Taiwanese by heart and Swedish by birth.

Susan obviously love Taiwanese life, her accent is a lovely mixture of Taiwan and Sweden. However, her journey from Gothenburg to Taiwan is full of surprises and a bit of Pippi Longstocking as well.

How Did you Come to Taiwan?

Susan says “When I was five years old, I got a Chinese doll. And since then I had a dream to have a Chinese sister and living in China basically. When I was 22, I started learning Chinese in university. It was very difficult and found out I could study Chinese in Taipei, and then I came here, it was 1984.” Susan lived in the countryside in Taiwan, that reminded her of her childhood in Sweden and did not find the cultural that different.

What Are the Differences on Taiwanese People Versus Swedes?

Susan things people remind her a lot of people from Gothenburg, “ And I feel like especially Southern middle Taiwanese people, they are like us, they take the time and take it easy. They don’t take themselves seriously. So I think we have many things in common.”

Do you Still Hold on to Your Swedish Customs?

Susan says, “One thing is that Swedish people like quietness. Like, I don’t like to go into a restaurant that is very noisy and people scream and the music is very loud. I think this might be a Nordic thing.”  She also adds that people are pretty friendly and warm to chat to.

How Susan Started her Career in Taiwan?

“So it was around 1990 I went to school to become a drama teacher, because I wanted to write for theatre and I wanted to work with documentary theatre to tell people’s stories. 1998 I was invited to be an actress here and there was only Taiwanese people in the cast. So, I did that for four years and I lived in London three and Paris three years, London three years and then I came back here about 10 years ago.

That time I worked with a company and they asked If I wanted to become a Nordic consultant because they have 90 Swedish companies here. So, I could go to the Swedish companies where people work and teach Nordic teamwork, basically. And also teach them Swedish a little bit.”  From 2015 Susan has been Taiwanese resident, able to teach about Swedish culture to Taiwanese, teach the language and educate companies about Sweden.

How Did Your Taiwanese Theatre Career Take Off?

Susan loves Taiwanese life particularly the theatre. “I think 1998 I was pretty much the only one. Now there are some Americans, Australia is also doing some stuff. These people are very open-minded and friendly most of the time so it’s a positive place to be just like at the bar, you don’t have to worry about the positive spirit. I did not get the best parts but I was Oscar Wilde Salome, The old Professor in Little Prince. “

Susan also directed the first Pippi Longstock play in Taiwan. This lead Susan been asked by Taiwanese to be Pippi Longstock consultant and teach about teamwork, kids to be less self-centred, work with other people and move forward as a group. Susan laughs that she lives by Pippi principles today

Susan have also directed two Taiwanese films Love Ghost and Ghost Love. Telling story of man who’s girlfriend dies and he is persuaded to marry the daughter who is a ghost dancer in a temple. 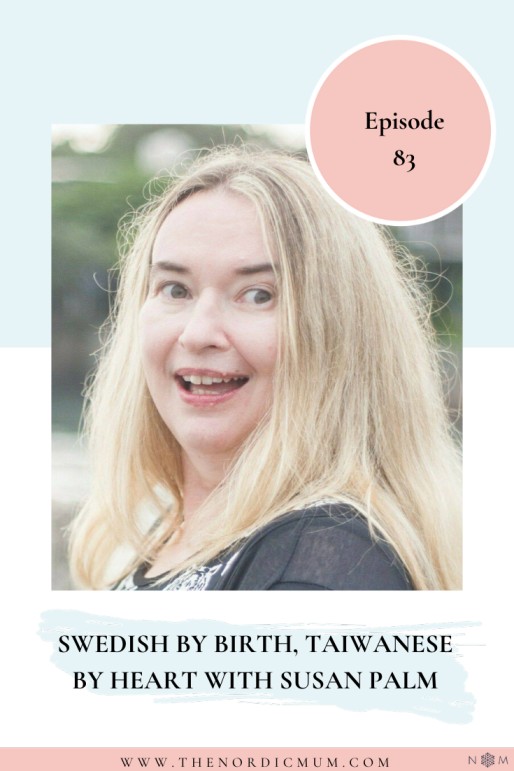 Do You Miss Sweden?

Susan says she misses some friends, and family but she is content in Taiwan. She loves the lifestyle, health care is world class, and the food in  is greatTaiwan. The life in Gothenburg is what she things about often.

What Would You Take to Sweden?

Positivity, Susan says. “I think positivity because even though we have the positive spirit of Taiwanese people are, they are very positive. Most of the time, like they start lots of new companies, and they can smile and they’re friendly to people and they avoid conflict. I feel like it’s very positive place to be. Sweden maybe it has to do with the weather is cold and people are grumpy. Love Taiwanese life as I see it as a happy country to live in.

[bctt tweet=”It is important to be positive and to see opportunities.” username=”thenordicmumpodcas”]

Taking Small Steps to Grow Your Business by Lisa Corduff

Blogging About Finland for Living

For the Love of Sweden